Lukas Brenneke, Contract Manager at WAS, in the employee portrait

Anyone who is a little familiar with WAS, knows that the tailor-made production of very special vehicles is one of our greatest passions. That is why we are always looking for new colleagues who share this passion. The cooperation then leads to projects that make customers happy and fun for us. Contract Manager Lukas Brenneke is such a colleague. We arranged to meet him for coffee at the marketing office in order to hear a little more about his work at WAS.

When Lukas Brenneke enters the meeting room, he brings energy with him. An open smile, a sincere handshake – he is one of those people who takes up space without constricting others. The word "people person" describes the first impression most aptly. And this word also includes a large part of his job description at WAS. Lukas Brenneke spends a lot of time dealing with people. He is not only in direct contact with customers, but also with colleagues in production, design, sales and purchasing. He is therefore rarely to be found in the office. 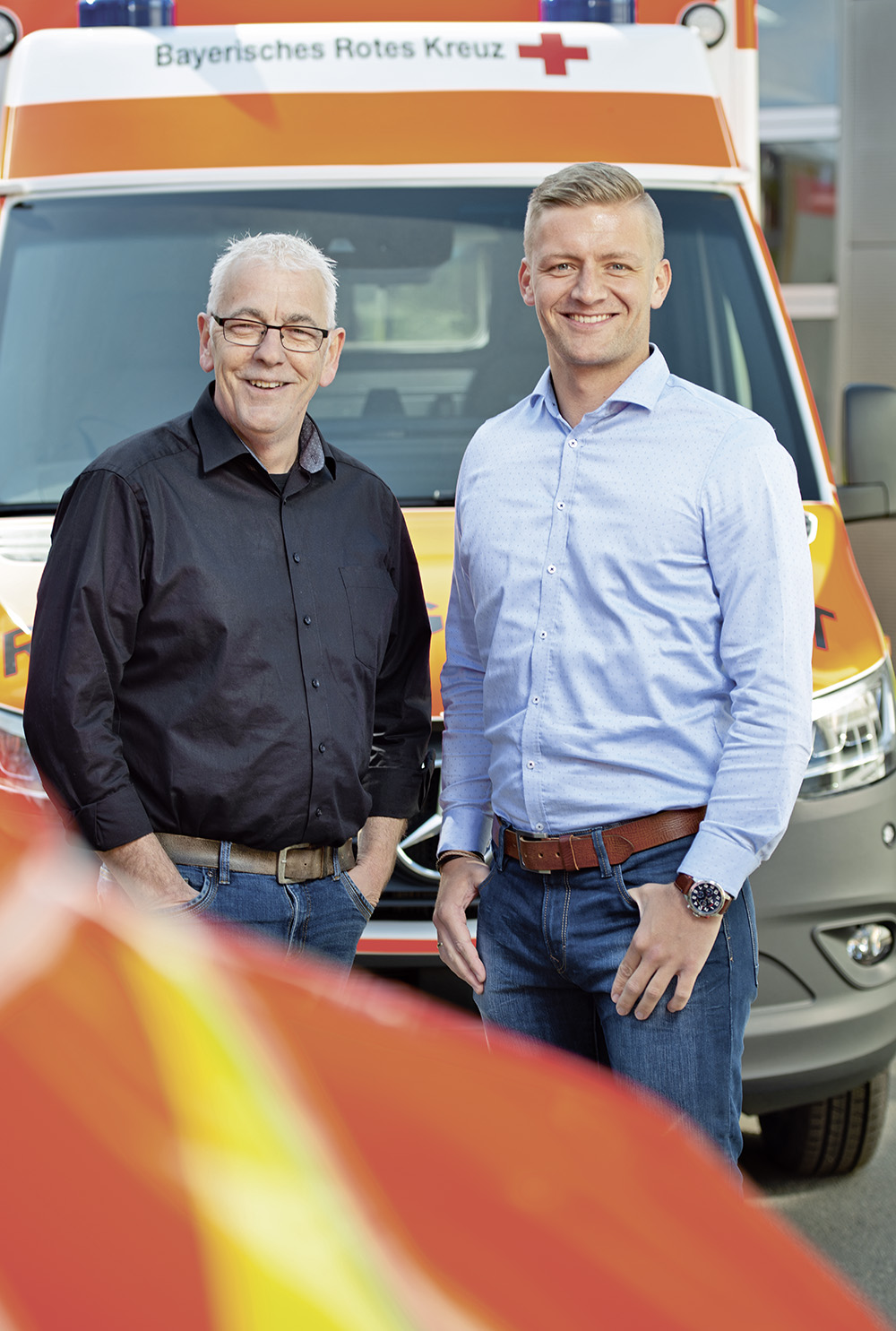 You can talk about it

When he's not meeting customers, he's out and about in the company to drive his projects forward. Sure, he could pick up the phone every time, but personal conversations simply suit him more. He must be able to rely on teamwork, because he is responsible for the entire process from the first meeting to the handover of new vehicles and is the contact person for everyone.

The job requires an enormous willingness to communicate and, last but not least, a high degree of stress tolerance. As even if you keep all the balls in the air, make the most precise arrangements and plan ahead – where so many people work together, things can go wrong. When a prototype is suddenly 20 kg too heavy after completion, Lukas Brenneke and his colleagues have to find a solution. In concrete terms, this means replacing components such as the ambulance table, seats and a step with lighter components with the same benefits and at least the same quality. "The most important thing" he emphasizes "is to change the concept in consultation with the customer in such a way that it does not have any disadvantages. Even if that means that the profit margin for WAS is a little bit narrower. You just have to bite the bullet." After all, customer confidence is worth much more in the long run than the procurement of lighter tables, seats and steps costs.

In general, the 28-year-old seems keen to build and maintain stable relationships in his working environment. Maybe this is why he decided to continue at WAS after completing his dual studies three years ago. Together with his field service colleague Andreas Kotte, he implemented his first major project for the Bavarian Red Cross in 2016. "This was a prototype of the good cooperation between the office and field staff," says Brenneke happily. Both his colleague and the Bavarian Red Cross have since been favourite elements of his work at WAS. His colleague because the cooperation not only works well, but is also fun, and the Bavarian Red Cross for the same reasons – and perhaps also because of the proximity to Bayern Munich, Brenneke's favourite football team. 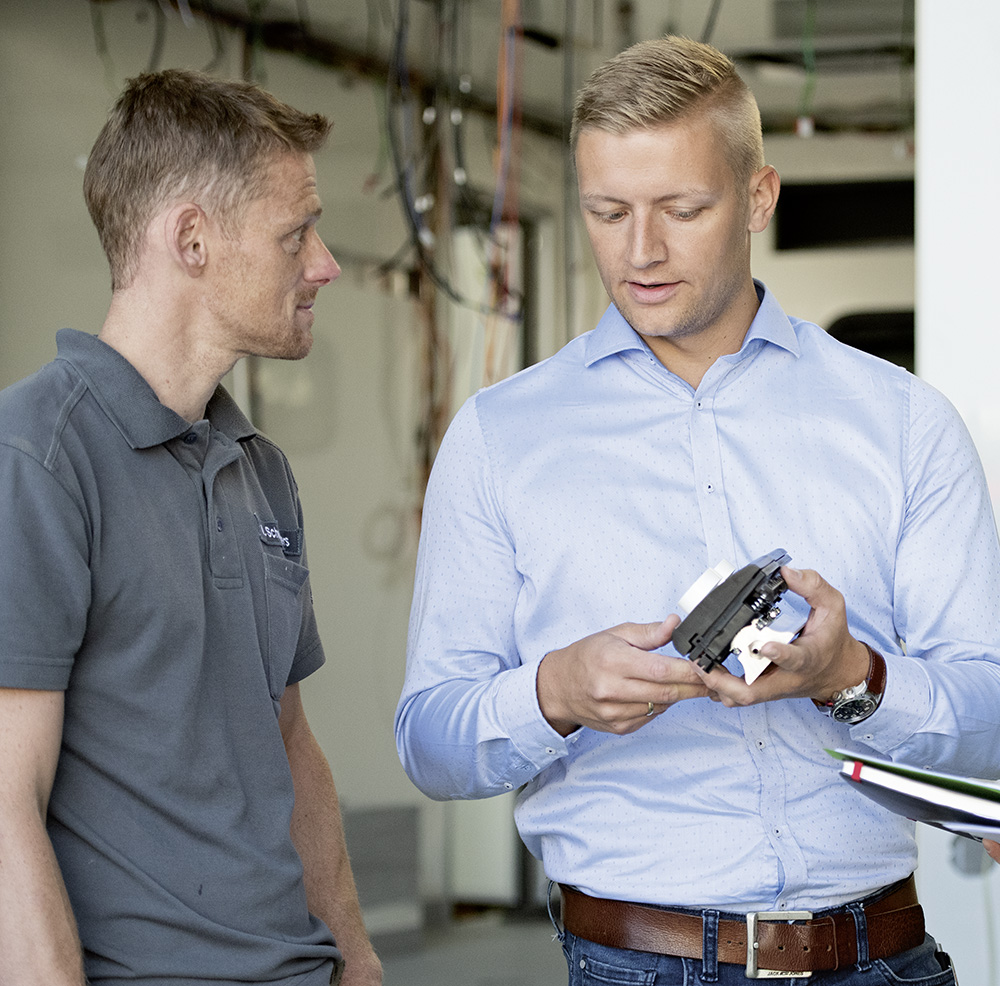 You grow with your tasks

Since his first project for the Bavarian Red Cross, in a short time many more have been added for the 28-year old. As one of seven project managers, he is now Contract Manager in Technical Sales. On average, each project manager at WAS processes 200 vehicles per year. Project planning can sometimes take several months. In the case of special vehicles individually agreed with the customer, it is not surprising that the longest time is spent on the preparation phase. Once the concept is finished, production only takes about 4-6 weeks. His tasks include construction meetings with customers – for whom Brenneke sometimes travels to Doha – the preparation of specifications, detailed configuration, discussion of vehicle and furniture concepts and much more. Tenders also fall within the remit of the Contract Manager. Since 2018, his day-to-day work has become increasingly international. Customers in France, Qatar and Egypt enjoy working with him.

The contact with different cultures has strengthened Lukas Brenneke's personal development and self-confidence. While at the beginning of his career he was a little nervous when he had to negotiate with customers in English, his second language is now a matter of course in his day-to-day business. The same goes for the fact that at WAS no two projects are the same and that you always have to develop new ideas and put your thoughts into them. His interest in vehicles has increased with the job. The basis for this was certainly laid by his studies in industrial engineering, the contents of which are now reflected in his daily work and which made it easy for him to keep track of things from the very beginning. He has to do the same with the many new major projects that are equally important and run in parallel.

And what does the young Contract Manager actually do to recover from all the hustle and bustle? He'll have to think about that for a moment: "I like to go to the gym. I don't play football any more because of a cruciate ligament rupture, but I go running and to the gym. But I don't really have to distract myself from the job." Then all that remains for us and for him is to wish that this remains so for a long time to come.

We are looking for even more people who love something special.

All information about education and career at WAS can be found at was-vehicles.com/company/career 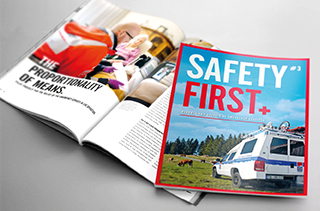