The wish ambulance: The first of its kind in UK.

The vehicle in question is funded by donations and is not a dream car but a “wish ambulance” – the first vehicle of its kind in Great Britain, specially tailored to patients’ needs and equipped for extra comfort. In addition to the electromechanical WAS Multi-Load Assist to aid with entry, and air conditioning, up to four people can accompany the patient on board.

More than just a trip

Alice Berrill became aware of the Dutch approach in 2015 via a BBC report (Source: http://www.bbc.com/news/magazine-34297590) which told the story of how the idea came about*: Just after putting his terminally ill patient, Mario Stefanutto, onto the stretcher to be loaded into the ambulance to transport him, ambulance driver Kees Veldboer learned that the receiving hospital wasn’t ready. So what should they do? The ambulance was ready to go, and the sun was shining, when Kees had his big idea. He asked his patient, Mario, what he wanted to do. As a retired seaman, he didn’t need long to think about it: he wanted to see the harbour again! They drove to the harbour where Mario, wrapped up warmly in blankets, was able to enjoy the sunshine and sea breeze for a while, before being taken to his destination hospital. After spending nearly an hour there, the patient and the ambulance driver had both experienced something truly special. Marios wish was the first of its kind that Kees and his ambulance had fulfilled, and the idea for the “Stichting Ambulance Wens Nederland” was born. Committed people like Alice Berrill ensure that the concept is spreading. In addition to the Netherlands and Great Britain, the foundation now has operations in Belgium, Germany, Sweden, and Israel. www.ambulancewishfoundation.org.uk + 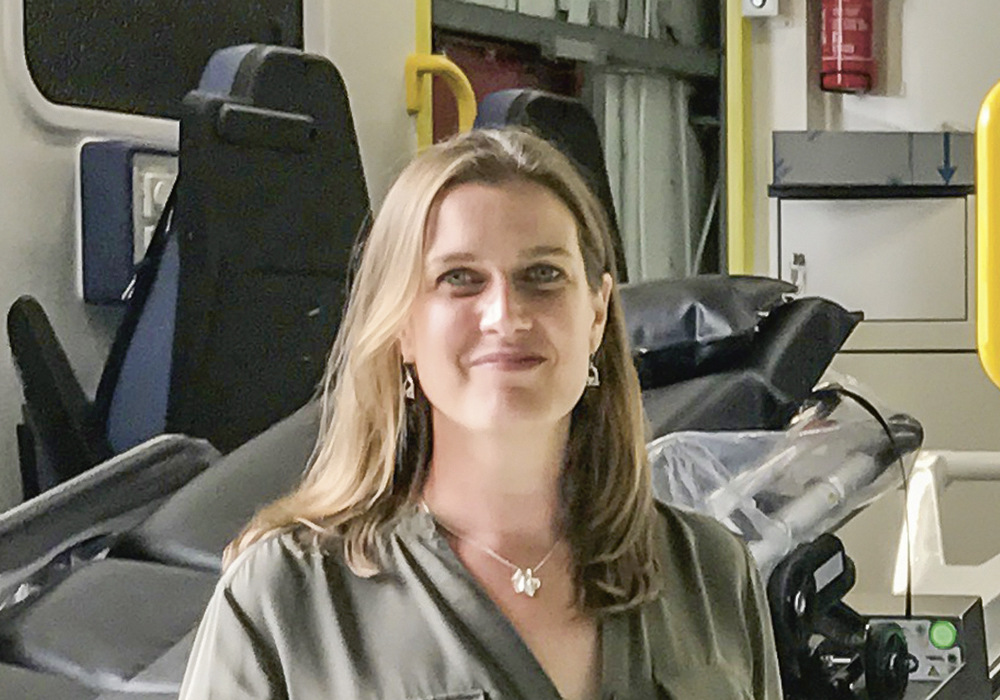 Alice Berrill on the wish ambulance

The idea fascinated me immediately. On the 22nd September 2015 my mother sent me an article entitled ‘People who make last wishes come true’ written by Vibeke Venema for BBC World online. Detailed in this article was the fantastic work of a Dutch charity “Stichting Ambulance Wens Nederland”, an ambulance charity based in Rotterdam whose sole purpose was to provide transport and medical support to allow people with terminal illness a chance to undertake a journey of personal significance to make a wish come true. As a paramedic in the NHS with over 10 years’ experience I often transport terminally ill patients from their homes to their local hospice and understood the significance of such a journey. I often wished that I could take a detour to allow the person to visit somewhere on the way to the hospice, but couldn’t due to the time restraints of working for an overworked public service such as the NHS. 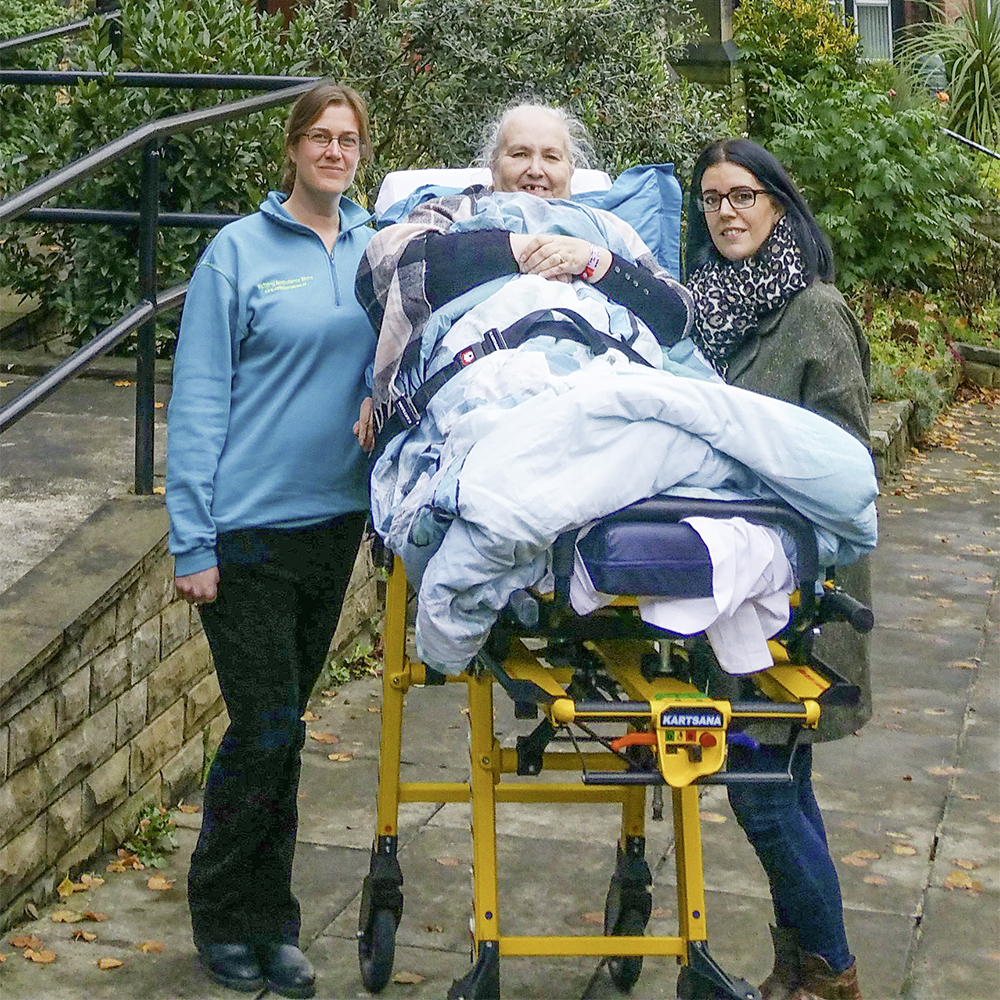 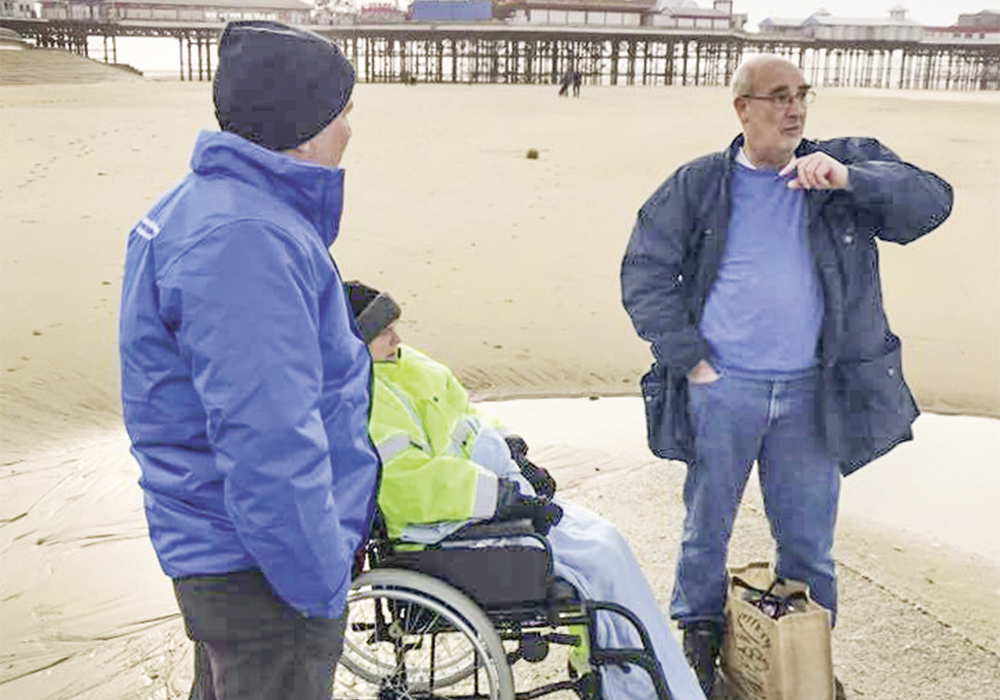 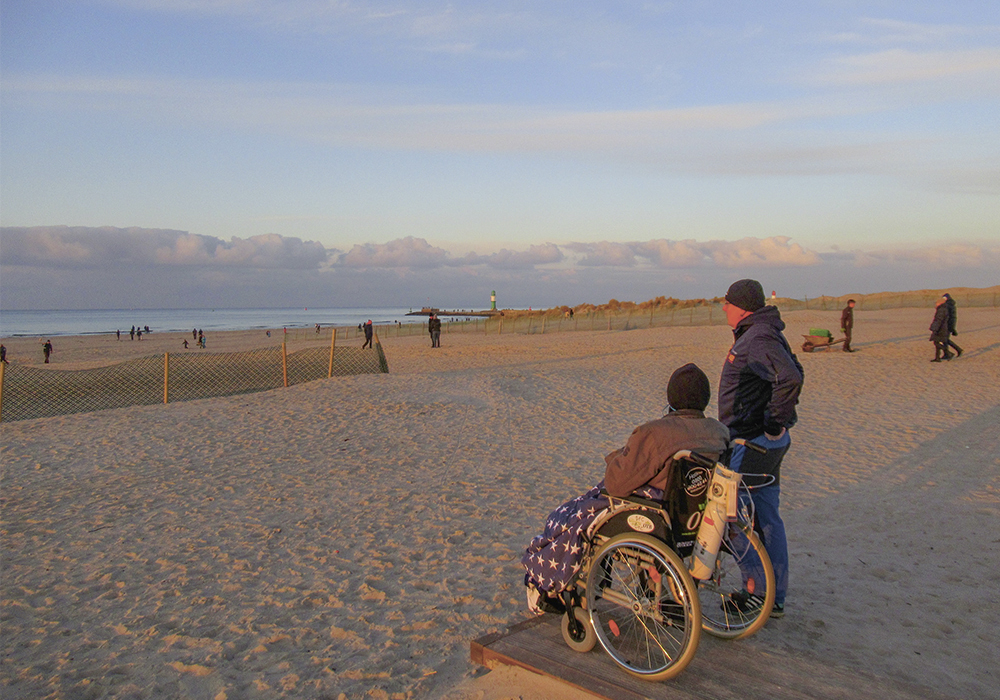 With a little help from my friends

Once I learnt of the existence of “Stichting Ambulance Wens Nederland” I immediately set about searching for the equivalent service in the UK that I could volunteer for, I quickly discovered that it didn’t exist. In frustration I e-mailed Kees Veldboer, the charity director of “Stichting Ambulance Wens Nederland”, to find out if he knew of a similar service in the UK. Kees replied within 10 minutes. He was interested in setting up a UK branch of his charity and if I would be interested in doing so. My answer was of course yes and the “Ambulance Wish Foundation UK” was born. Fundraising for our vehicle started in earnest after I was put into contact with the amazing Freda Kaplan and Judith Tobin. Freda had used the Israeli branch of the charity to allow her gravely ill father to attend the wedding of her son, his grandson. The family were overjoyed that he could enjoy the day of the wedding, and on his passing a few days later were determined to launch the service in the UK. Having worked for the East of England Service since 2003 and working on frontline emergency vehicles built by WAS there was no other company that I would even consider taking on the job of building the UK’s first purpose built Palliative Care transport vehicle. From the initial meeting with Richard Skingley, Sales & Marketing Manger of WAS UK, in October 2016. I knew that I was in safe hands in the design of such a specialised vehicle. Richard was there to advise and to answer any questions that I had. In April 2017 WAS very kindly paid for me to fly me out to Wietmarschen to discuss the design with Guido Wietheuper, Project Manager, and Sebastian Hinrichsen, Business Development Manager, to finalise the plans for our vehicle. They had come up with the perfect design incorporating the WAS Multi-Load Assist system. As the charity director I have a responsibility not only to ensure that the people using our service travel in the upmost comfort, but also to the volunteers to ensure that I do everything to reduce the risk of injury. 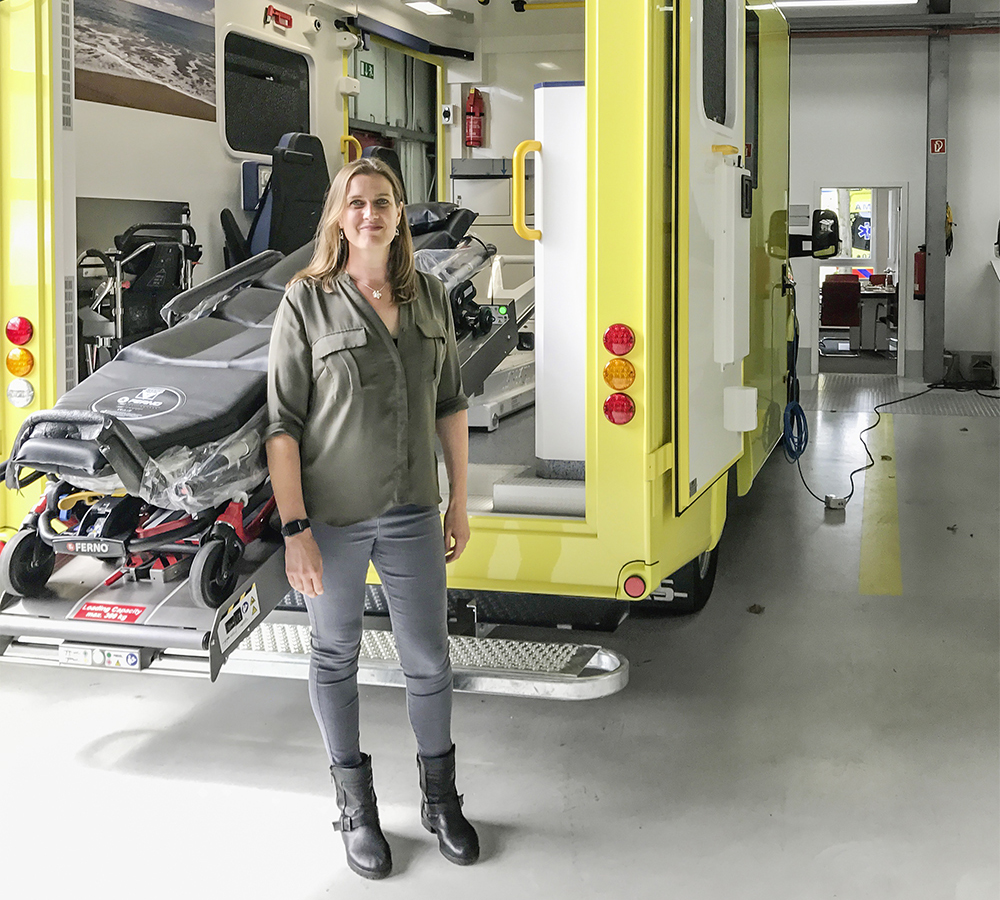 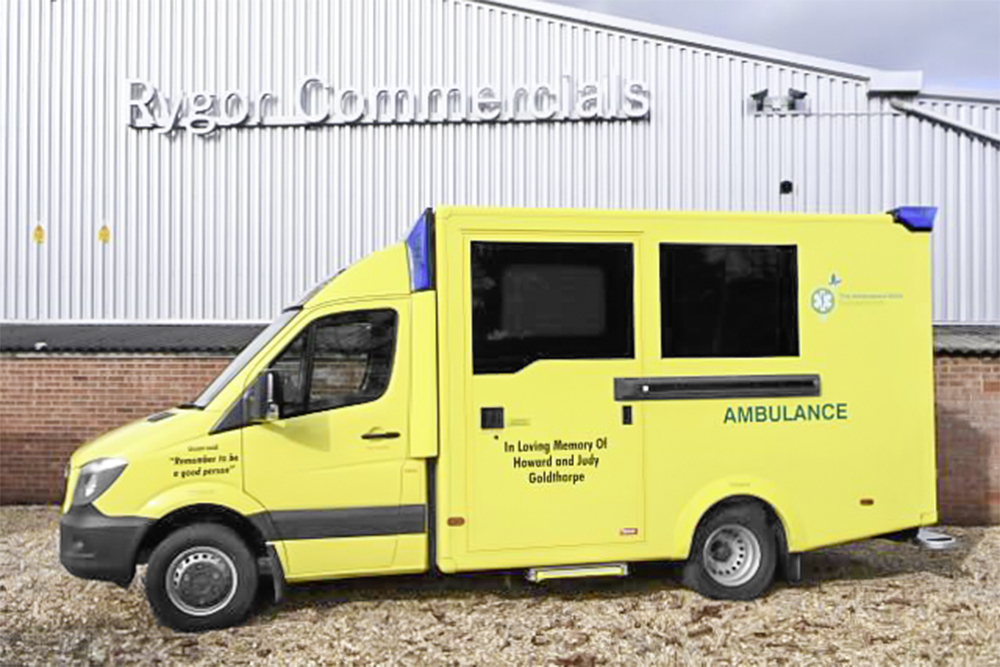 On the 5th September 2017 I flew over to Wietmarschen again to see our vehicle come off the production line and officially be handed over to the charity. The vehicle was more than we could have hoped for. Guido had worked hard to ensure that patient comfort was at the centre of the design and had also worked so hard on the internal configuration so that we could carry not two, but four persons in the vehicle. This meant that we could carry the maximum amount of people with their family member on his final wish. So far, we have taken a young mother to watch her daughters ice skating at Christmas, a wife to go to the seaside resort where she had spent many happy holidays with her husband and family, a 12-years-old child to drive a car as part of his bucket list and a 14-years-old girl to spend time at home with her family. It is an honour to help these people and their families and we are honoured to be able to do so in such a fantastic vehicle. 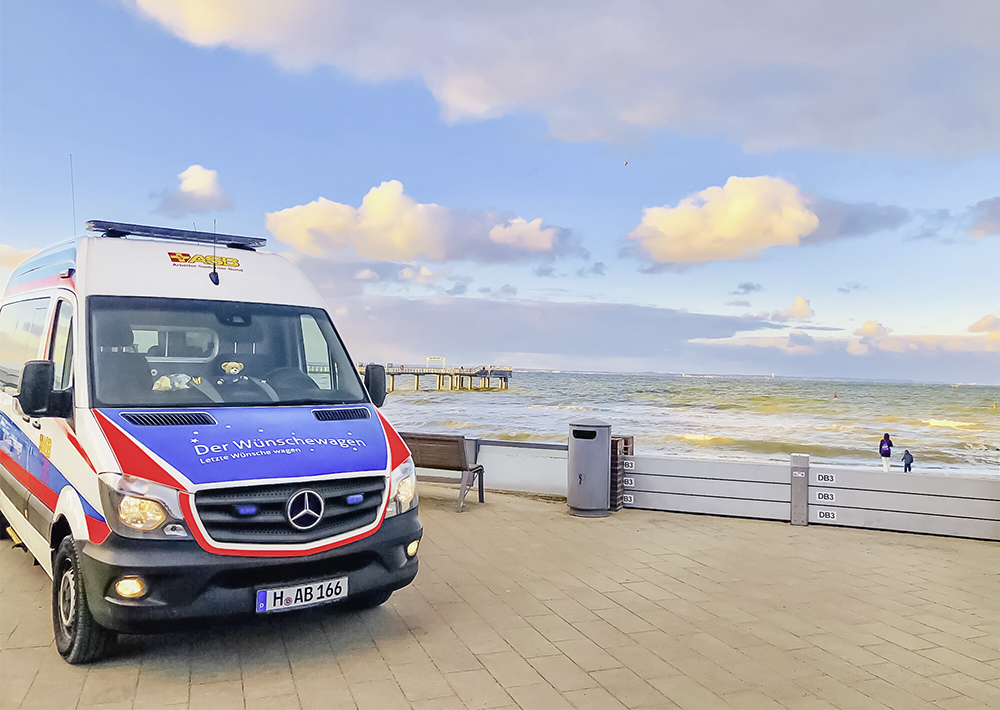 The name of this special vehicle – Wünschewagen – has a very apt double meaning in German, with “wagen” meaning both “vehicle” and “to dare.” Making final wishes come true demands that patients, their friends and families, and their carers all dare to dream. With the Wish Ambulance, the ASB, the Workers’ Samaritan Federation, provides the safety net to turn these courageous wishes into reality. Since 2014, the project has been part of the organisation’s voluntary offerings, which are solely funded from donations, with more information being available on www.wuenschewagen.de 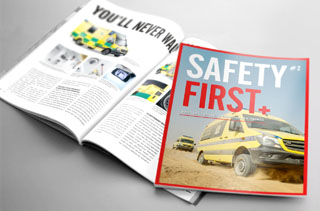